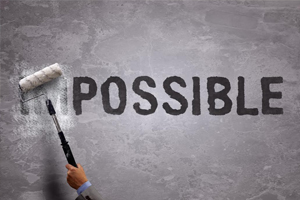 What motivates your behavior? What causes you to act the way you do? Habits that have been learned or practiced since childhood may cause you to react to other people or situations in certain ways. You may overeat because of certain stimuli. You may feel good or bad about yourself as the result of old patterns.

Dr. Dean Kirschner will help you understand what motivates your behavior and help you take steps towards reacting differently. You will recognize the triggers that stimulate your actions. You will discover how and why you learned the responses you did. Using therapeutic techniques geared toward positive change, you will take charge and be in control over your own behavior. Even if you cannot find the reason why, you can still learn new behavior patterns.

What is Cognitive Behavioral Therapy?

There are many approaches to psychotherapy and positive changes. One is Cognitive Behavioral Therapy. This process has the fundamental understanding that problems in one’s life stem from thinking errors or cognitive distortions. By challenging these Thinking Errors, a client learns a different mental process that leads to differences in thinking, feeling, and behaving.

Example: “I’m so upset; I won’t be able to function at all.”

Example: “I did the project well, but that doesn’t mean I’m competent; I just got lucky.”

Example: “I know I do a lot of things okay at work, but I still feel like I’m a failure.”

Example: “Getting a mediocre evaluation proves how inadequate I am. Getting high marks doesn’t mean I’m smart.”

Example: Because I got one low rating on my evaluation [which also contained several high ratings] it means I’m doing a lousy job.”

Example: “He’s thinking that I don’t know the first thing about this project.”

Example: “[Because I felt uncomfortable at the meeting] I don’t have what it takes to make friends.”

Example: “The repairman was curt to me because I did something wrong.”

Example: “It’s terrible that I made a mistake. I should always do my best.”

Example: “My son’s teacher can’t do anything right. He’s critical and insensitive and lousy at teaching.”

What is Behavior Modification?

What Can CBT and Behavior Modification Be Used to Treat?

Behavior modification has been used to treat a number of issues, including: